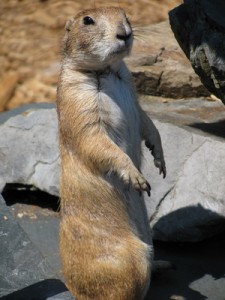 This coming Monday is Groundhog Day and I’m thinking, shadow or not, we’re in for a lot more winter. That’s good for snow-removal businesses or ski hills, but not so good for Mr. Gore and his entourage of crack sciencefictionists. Someday soon the people of this world are going to figure out that weather changes are normal and using those new-fangled curly lightbulbs won’t keep the icecaps from dripping.

Groundhog day is a favorite holiday of mine. Mostly because government employees don’t get the day off. Government employees tend to gripe about their jobs and their pay more than the average American, and yet they have more paid holidays, more benefits, and manage to work a lot less even when they’re on the clock.

It’s not surprising to hear recent news stories of Postal workers stuffing mail in storage lockers or dumpsters just so they don’t have to deliver it. I’m sure the thought of performing their job to the best of their ability must stress them out. The ones that actually do deliver quickly and efficiently park their trucks somewhere inconspicuous and hide for the rest of the day. They wouldn’t want their delivery route lengthened so they actually have to work the whole eight hours they’re getting paid for. It’s a conundrum. If you work hard, you get more work. If you’re lazy, you don’t. Postal workers don’t get fired. They get bigger attitudes.

I know you’re probably saying, like my husband always reminds me, that the United States Postal Service is not actually an entity of the Federal government. Really? Then why the name? Why do they get all the same benefits? Why is it a federal offense to tamper with the US mail? Why does it never make money but always runs in the red and has to raise the price of stamps yearly? Why are they contemplating cutting mail delivery days instead of canning deadweight employees? Sounds like government to me.

Then there’s the Internal Revenue Service. If they actually hired competent people, anger wouldn’t course through the veins of accountants all over the country when they have to call and ask a question. When the IRS doesn’t know something they blame-shift, and when you press them for an answer they put you on hold and take a coffee break. They might come back on line and they might not.

And last, but certainly not least in the gimme socialist state of D.C. are our own special representatives and senators who know how to spend like there’s no tomorrow. They give themselves raises even while telling their constituents that they “feel their pain” in this economy slump.

The Big O gave himself and his cohorts a grand old party with martinis and $100 a serving steaks after getting the “stimulus package” passed through the House of Reps. The next day he reprimanded those evil CEO’s on Wall Street who gave themselves bonuses while Americans suffered. Then he sauntered off to his two-hour exercise routine to contemplate what he would have at his next celebration when the Senate cow-towed to his wishes. But he is the king after all, so  “let us eat cake!”

There are some holidays government employees have no business getting paid for.  Labor Day is one of them. It’s ironic they feel they deserve such a day. Here is a quote from the president of the American Foundation of Labor: “Labor Day, the first Monday in September, is a creation of the labor movement and is dedicated to the social and economic achievements of American workers. It constitutes a yearly national tribute to the contributions workers have made to the strength, prosperity and well-being of our country.”

Has any government employee contributed to the strength, prosperity, and well-being of our country?

We have more people employed in government than in manufacturing and construction combined. Now Obama wants to “create” more government jobs for people who think getting paid to do as little as possible is the American dream. People who care more about themselves than the people they serve. It’s the Big O’s way of “redistributing the wealth” and turning our country completely into a socialist state.

Groundhog day is actually a special holiday for those of us not employed by the government. When we stick our necks out of the hole we’ve been pushed into, if the enormous shadow of government falls upon us, it means another thousand years of winter. Oh for that Global Warming to take effect.

p.s. My sincerest apology and sympathy if you are a government worker who actually takes pride in your job and cares about the people you serve. I’m sure there are one or two of you out there and it must be hard working with bloodsuckers all day.
Photo purchased from Fotolia.com