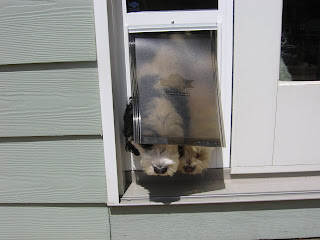 This has been a busy month so far. We celebrated May Day (or as non-English speaking freedom fighters like to call it—Cinco De Mayo), my husband had his fiftieth birthday (which he barely noticed cause we worked the whole day), and I was treated to my own special day on the 9th (they called it Mother’s Day, cause I guess I’m the mother of all mothers).

My husband surprised me by purchasing tickets to Hawaii this year instead of planning another cross-country driving trip. So, when we get back I will certainly have many stories to share. Lots of stories—but none that have to do with catching waves or snorkeling, or cliff diving—cause all of those things require my face to be submerged, making it impossible to breathe. I can’t swim and all hope is gone that I will ever learn. I’m not sad about that, just confident. Yes—just like the aliens in “Signs,” my weakness is water.

Of all the things that could kill me while on an island in the pacific, drowning is probably way up there, but hot lava from an inactive volcano could be second. I’m not going to worry my little head about such things though. I’m just going to enjoy the adventure, deepen my tan, and make out with my husband in the surf like Burt Lancaster and Deborah Kerr in From Here to Eternity. (Well, only if we have our own deserted beach. We’re not exhibitionists, you know)

In the meantime, I have been trying to teach my dogs how to go through their new doggie door. That magnetic flap is freakin’em out. But I’m confident that by the time we leave they will have either learned to go through that thing or they will be living at the pound with all the other pound puppies. No, we are not leaving them on their own, but my daughter is suddenly working crazy hours and so they will be left for more hours than a tiny dog bladder can hold for. It was either a doggie door or I was going to roll up all my carpets, cover the floors in plastic, and hope for the best.

I have learned that they will go through the door for treats, French fries, or Apple Jacks cereal. Unlike chickens, they will not go through the door just to get to the other side. So, the trick will be to get them to go at the appropriate time without bribery. The stakes are high, as I would not enjoy returning to a house that smells like the backside of a garbage truck after vacationing in paradise.

So, for those of you who aren’t going to Hawaii, you have my sincere condolences. But I promise I will enjoy myself enough for all of us. And pictures will follow. Of course, I don’t know who is going to shoot the scene of my husband and I in the surf…