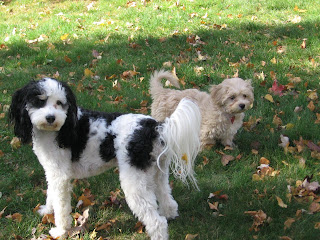 All the news the past few days has been about the passing of the Health Care Bill, posturing and back patting, congratulatory fist pumping, and accusations that those who opposed it are evil terrorist types who want nothing more than to destroy the backbone of our nation—the welfare system.

Our government has liberated us from evil insurance companies that prey upon the weak and lowly. They have given us the right to health care—bought and paid for by taxpayers through the year 3018, if there are any taxpayers left by then. They promise us cheaper rates, better service, smiling doctors and nurses, and medicinal marijuana for those who have to sit in a hospital waiting area for longer than three hours. Okay, I made that last part up, but I think it’s coming. They just have to throw in a few more provisions in the revisions.

Health Care for all humans is one thing, but what about our pets? Where is the Obamanationcare for them? I have two dogs and they are legal citizens, born and raised here in the United States of America, home of the free and land of ten thousand welfare programs. Who is going to care for them and pony up the money when I run out? Probably sooner rather than later.

Yesterday I took them to the vet for their annual heartworm tests, distemper/rabies shots, and overall checkup. $220 bucks please! The dogs got a treat and I got to pay the bill. I was sorely tempted to empty the treat bucket, sitting on the corner of the cashier’s counter, into my purse. After just spending the grocery money, I thought I might have to serve up Milkbone Casserole for dinner.

Today I dropped the mutts off to be groomed. Haircuts and baths for the both of them. They looked at me with their sad eyes, their tails drooping to the ground, and I knew I would pay—twice. Eighty bucks to the groomer, and again in dog retribution when they returned home. I know the Dog Whisperer says that dogs aren’t vengeful, but I beg to differ. My dogs had a bitch for a mother.

When I was a kid, our dogs never had shots, got baths, or ate treats. They never came into the house or slept on a nice, warm bed. Now the government insists that we give them shots, buy them a license, and treat them humanely. Of course, humanely can mean different things to different people. Some think it means to feed them steak and let them eat at the table, and others think it means a nice dry doghouse in the backyard.

But since they have the right to be treated humanely and given special health care benefits, why not go all the way? Free health care for pets. If we humans can’t afford health care for ourselves, how are we to pay for dogs? I don’t know about you, but if there is a choice to be made…humans win hands down. Dogs can’t win cause they don’t have hands. They have paws. So, if there is any justice in the world, any love for our four-footed friends…let congress pass a law to cover the exorbitant prices of animal health care.

They’ll thank you for it—by not bringing dog retribution down upon your heads, or in your path.