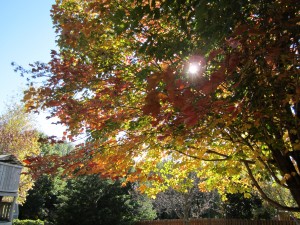 This is the month we celebrate Thanksgiving. Every child in America has heard about Pilgrims and Indians coming together over a meal of turkey and corn. I’m not sure if dressing, sweet potatoes, and green bean casseroles were readily available back then but the pictures in schoolbooks always portray quite a spread.

History has probably been rewritten since I was in grade school. They tend to rewrite lots of things these days. I’ve heard Columbus no longer discovered America but “historians” are willing to concede and let him be gay) They may even teach children it wasn’t pilgrims from Europe at all who cooked the first Thanksgiving, but Chinese immigrants who ate dinner with “Native Americans.” We were taught everyone said “how” in greeting, red and white children frolicked in fields together, and Indian men showed white man how to grow corn. Today’s history may have the evil white pilgrims stealing corn seed from the Indians, shooting all the turkeys in the land until they are extinct, and leaving them with N1H1 as a parting gift.

But anyway- no matter what the “accurate” history of that time is for this generation, it’s still about thankfulness. I think. So, I decided to list a few things that we as Americans have to be thankful for. Besides the obvious ones—because you can think of those by yourselves.

The first thing I thought of to be thankful for was that President Obama didn’t curtsy to the Japanese emperor. The silly photographs shown round the world, of him bowing down in a servile manner, pales in comparison to what could have been.

We can also be thankful the government hasn’t yet decided to do a takeover of cable televison. Twenty-four hour a day broadcasting of government sponsored programs such as: “How to be greener than Al” with game show host Al Gore (win a free set of dim bulbs with every erased carbon footprint), “When republicans go bad.” An in depth look at the evil of conservative ideology taken straight from Michael Moore’s mouth. (and believe me it’s hard to get anything out of his mouth). Or, “The Best of Dear Leader” Non-stop teleprompter rerun speeches for those tired of change.

I’m personally thankful for telephone surveys because they make me feel that at least someone wants to know my opinion. And it justifies the cost of why we still have a home phone that no one calls on.

I’m thankful for children who always say, I don’t know, to every question. It makes me feel very smart.

I’m thankful for post-it pads because without them my memory would be nil and void.

And I’m thankful for freezer space, cause with the sale price of turkeys this week being 37¢ lb, I ended up with four of them birds.

Any Indians out there want to come to dinner?