Entangled is the 1st novel in my Fredrickson Winery series. To help you get caught up on the happenings in Napa, you can pick it up for only 99¢ for the next few days. Get your copy now and fall in love with Billie, Handel and the whole gang at Fredrickson’s! 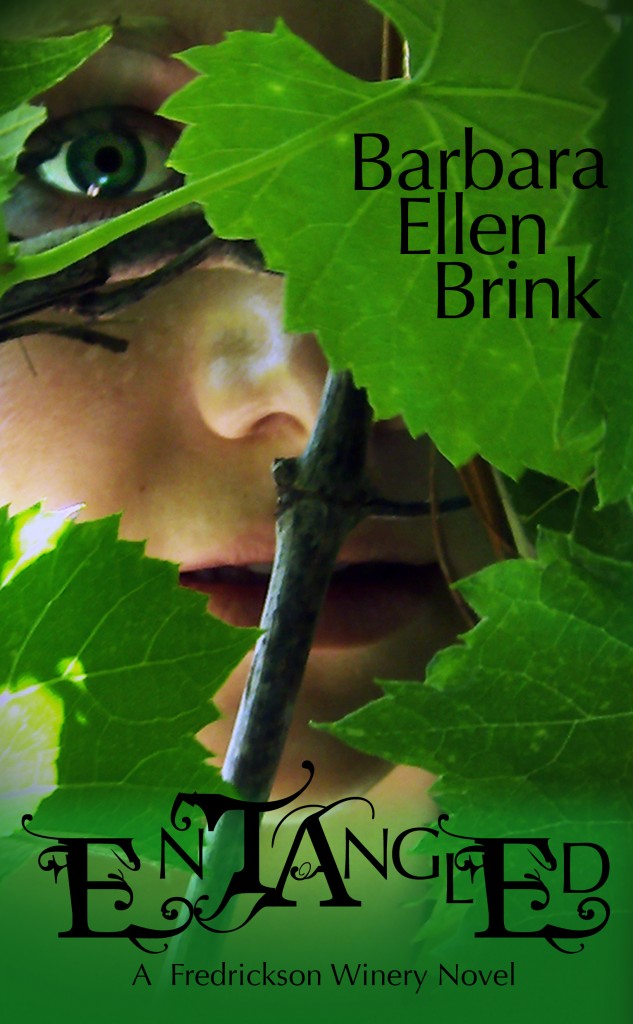 A Minneapolis attorney inherits a small California winery, reawakening memories that have lain dormant for twenty years. Secrets lie buried beneath Fredrickson Winery’s innocent facade and Billie intends to get to the root. But disturbing the past lays bare the skeletons of others, including her mother’s. Can she live with the consequences of full disclosure or will she run home where everyone is Minnesota nice?

SAVOR, the 3rd Fredrickson Winery Novel, is now available in paperback and ebook at most online stores. The last two posts here and here are excerpts from the first two winery novels, Entangled and Crushed. So if you missed them, you can catch up today. 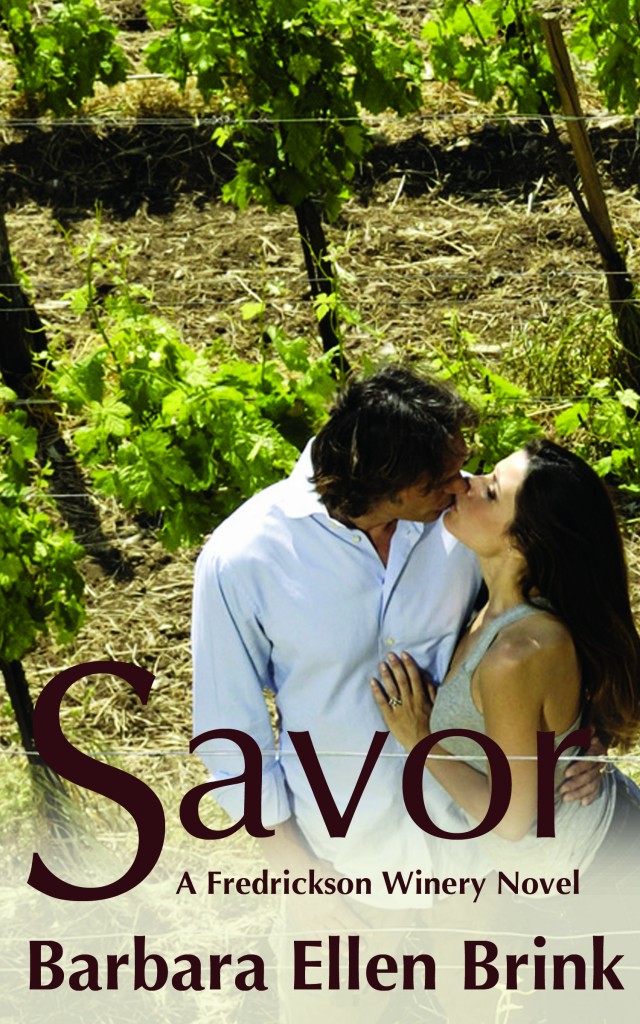 Savor the moment, cause it just might be your last…

Newly married, Billie and Handel find themselves knee-deep in another mystery. Defending awealthy San Francisco businessman against capital murder charges, Handel soon discovers that media attention brings more than fame and fortune. When Billie’s life is threatened, he believes it’s connected to the case, and he’ll do whatever it takes to keep her safe.

Across the vineyard, Margaret has problems of her own. Davy’s Italian grandfather is in town and starts right in where his son left off. Throwing the weight of his money around, he intends to prove that Davy would be better off living with him in Italy. To complicate things further, Billie and Adam’s mom flies in from Minnesota and starts dating the man who is making Margaret’s life miserable.

Margaret closed her eyes and tried to feel relaxed and confident as Carl had instructed, but at the sound of an unfamiliar voice booming behind the closed kitchen door she jumped. Her eyes flew open as a handsome, distinguished looking man pushed through the doors following Carl into the dining room.

Edoardo Salvatore wore a charcoal suit with a white shirt and slate blue tie. He was taller than his son, and broader through the shoulders. He must have been nearing sixty, but his hair was still dark and thick with just a sprinkling of grey. Of course that could have been the work of a talented hairdresser.

His eyes held hers as he approached, his gaze icy cold. But at Carl’s introduction, he took her hand and was all suave charm and kind words. She thought perhaps it was those pale blue eyes beneath dark lashes that made her think of ice. Agosto’s eyes had been so dark they were almost black. He must have taken after his mother in that regard.

“Ms. Parker,” he said, holding her hand a bit longer than necessary. “My son always did attract the most beautiful women.”

Carl clasped his uncle’s shoulder. “Please have a seat, Uncle. I’ll bring a bottle of wine.” He gave Margaret a reassuring smile and hurried off.

Edoardo Salvatore took the chair across from her, straightening his jacket as he did. “So, we finally meet,” he said, his eyes resting somewhere south of her chin for long seconds making her decidedly uncomfortable. “Agosto should have brought you home to Italia years ago. He always was a playboy, unwilling to compromise his enjoyment for a wife and children. He refused to see the bigger picture.” He sighed and lifted his shoulders in an expressive shrug.  “Without heirs, we work for nothing. Sons are the future. They are our legacy.”

Margaret thought about all the hurtful things Agosto had said before he deserted her and his unborn son all those years ago. He was more than just a playboy; he was a cruel, heartless bastard. He thought the world revolved around his needs and everyone should fall into line and enjoy being used. They certainly shouldn’t expect anything in return. She squeezed her hands together nervously in her lap, fearful of saying something to offend this man, but not willing to let him roll right over her and Davy like a freight train. As the saying goes, the apple never falls far from the tree.

“Mr. Salvatore, I hope you won’t consider me rude, but as a single mother I do have responsibilities and a full-time job. May I be direct? What is it that you want?”

Continuing the celebration for the release of SAVOR, I have an excerpt for you from the 2nd Fredrickson Winery Novel: CRUSHED

“I can’t believe you’re really here.” Billie released Adam from a rib-crushing embrace. She motioned him into the house and watched as he hefted his bag. “You brought your guitar? You must be planning a long visit.” Her brows drew together in a little frown. 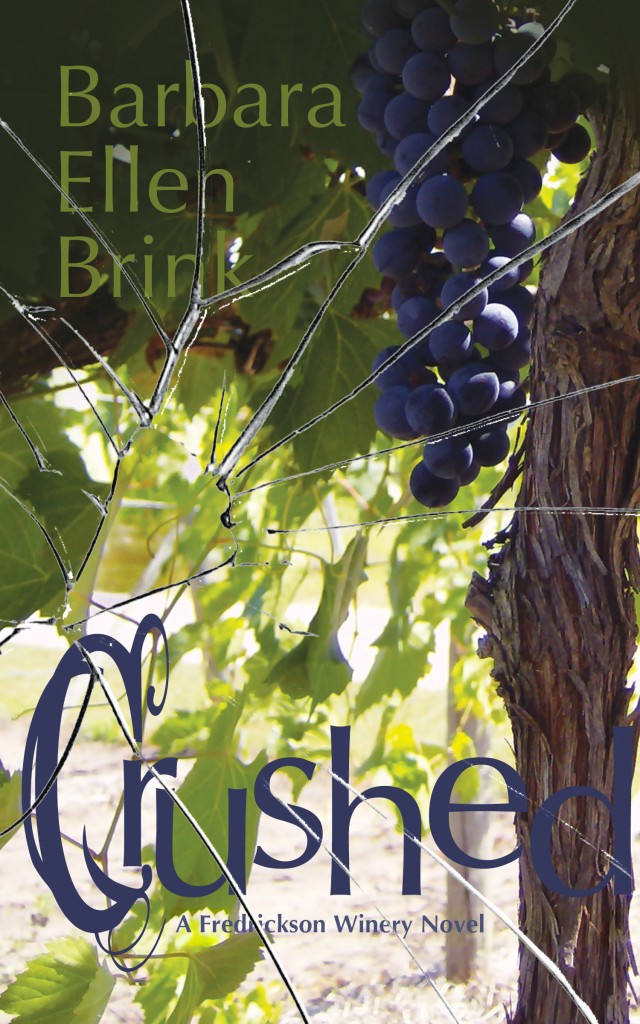 Adam grinned to hide his uneasiness. “Sure, why not? I’m out of school, looking for my path in life. I might as well search in California as well as Minnesota.”

“I thought you already had a job offer.” The reprimand in her voice was obvious but instead of waiting for a reply she closed the door and led him through the house, down a hallway into a guest room.

A tall four-poster dwarfed the space, but the painting at the head of the bed immediately grabbed his attention. The surreal vision of vibrant colors fighting one another to dominate the canvas was almost more than he could take in. Billie was right when she told him her uncle was exorcising personal demons with his art.

“Uncle Jack’s work?” He dropped the bags and stepped around his sister to get a better look. “I thought you auctioned them off or something.”

She shrugged and lifted her chin. “I kept a couple. It seemed wrong to sell all of them. He was our uncle, after all. Besides, I see them in a different light now.”

“Really? In a dark room with a dim flashlight?”

She smacked his shoulder. “Same little smart aleck you always were,” she said, her voice light with laughter. “Are you hungry?”

He nodded and followed her to the kitchen.

“What did Mother say about you flying out here?” She pulled leftovers from the refrigerator; chicken breast, wild rice, and broccoli materialized from containers. She lifted a carton of milk. “Seems funny she didn’t call me.”

Adam scratched at the stubble along his cheek. “That’s cause I didn’t mention it to her.”

She looked up from her preparations, amusement flickering in the depths of her eyes.

Billie bit at her bottom lip, a longtime habit since she was a kid, and slipped the plate of food into the microwave. “Haven’t learned how to deal with Mother yet without running away?” she asked. She turned to face him as they waited for the food to heat.

“Hey! I’m not the one who moved to California,” he reminded her.

“I didn’t move here to get away from Mother. That was a bonus.” She smiled smugly.

“I’m going to tell her you said that,” he threatened, and pulled his cell phone from his back pocket.

She laughed and shook her head, unafraid as ever. “No you won’t. Cause then she’ll know where you are.”

“You’re right. I’d rather be sucked into quicksand than have that conversation now. I’m too tired and hungry to deal with thirty questions.” He sat at the butcher-block table, and propped his head on his hand. “You aren’t going to quiz me, are you?”

“Not tonight,” she said as she set the plate before him. “Maybe tomorrow.” She watched him eat with obvious sibling affection.

Available at most online stores. 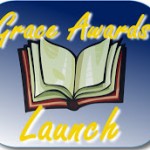 *This week the spotlight is on my Fredrickson Winery Novels, and more specifically the 1st book of the series: 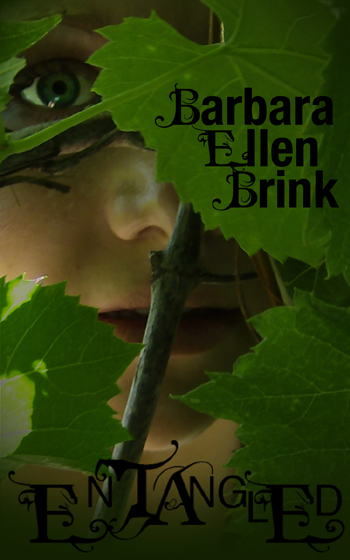 When Minneapolis attorney, Billie Fredrickson, inherits her uncle’s small California winery, she has no intention of actually moving to the west coast and starting a new life. Her only thought is to get it off her hands as quickly as possible. But her return to the winery after an absence of twenty years opens up more than the reading of her uncle’s will. Childhood memories, long-buried, begin to surface, prompting questions that no one is able or willing to answer.

A late night prowler, a break-in at the winery, and an unearthed box of shocking photographs is someone’s way of pulling the welcome mat out from under Billie’s feet, but it only makes her dig her heels in deeper.

Secrets lie buried beneath Fredrickson Winery’s innocent facade and Billie intends to get to the root. But disturbing the past lays bare the skeletons of others, including her mother’s. Can she live with the consequences of full disclosure or will she run home where everyone is Minnesota Nice.

The heat is on again and I am in the middle of writing the third Fredrickson Winery Novel, Savor. It is tentatively set to release at the beginning of September.

If you would like a FREE ebook copy of Savor when it releases, please voice your opinion and tell me which of these preliminary covers you prefer. Don’t forget to leave your email address along with your book cover choice in the comments below, and I’ll send you a copy of Savor in September. That’s a promise!

Here’s a list of the other book suggestions coming your way in this ‘Grace Awards’ book launch tour: (Check out the post at the ‘Grace Awards’ for more details on each book)