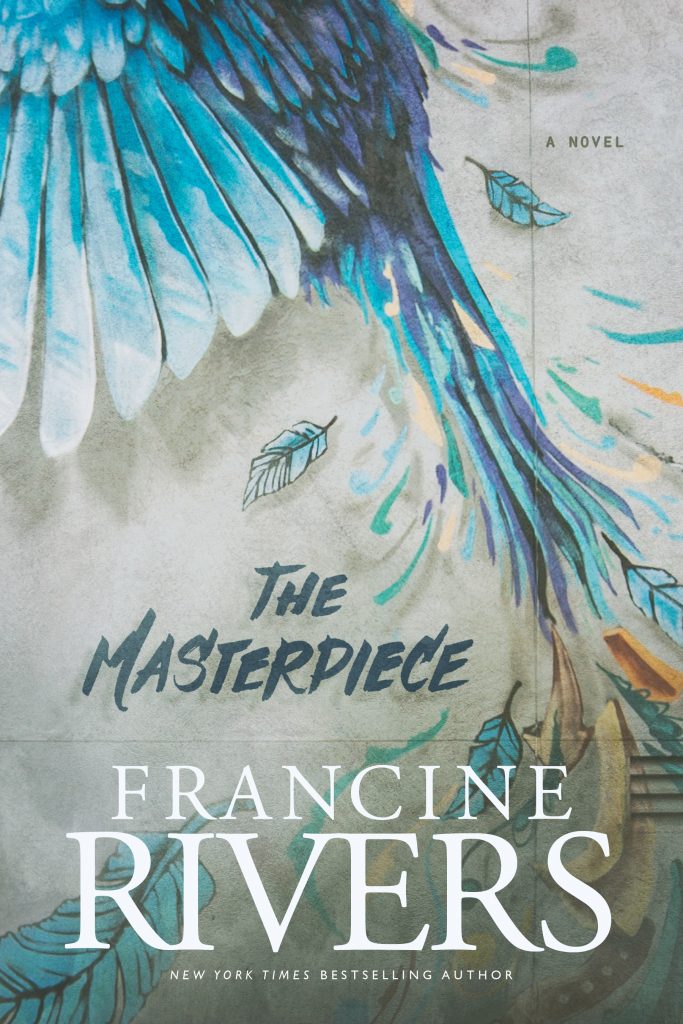 New York Times bestselling author Francine Rivers returns to her romance roots with this unexpected and redemptive love story, a probing tale that reminds us that mercy can shape even the most broken among us into an imperfect yet stunning masterpiece.

A successful LA artist, Roman Velasco appears to have everything he could possibly want—money, women, fame. Only Grace Moore, his reluctant, newly hired personal assistant, knows how little he truly has. The demons of Roman’s past seem to echo through the halls of his empty mansion and out across his breathtaking Topanga Canyon view. But Grace doesn’t know how her boss secretly wrestles with those demons: by tagging buildings as the Bird, a notorious but unidentified graffiti artist—an alter ego that could destroy his career and land him in prison.

Like Roman, Grace is wrestling with ghosts and secrets of her own. After a disastrous marriage threw her life completely off course, she vowed never to let love steal her dreams again. But as she gets to know the enigmatic man behind the reputation, it’s as if the jagged pieces of both of their pasts slowly begin to fit together . . . until something so unexpected happens that it changes the course of their relationship—and both their lives—forever.

Purchase your own copy at Amazon

Francine Rivers has once again created a story with characters so vibrant, so etched within the words that you don’t want the book to end even after 484 pages. I don’t know the last time I devoured a book so eagerly. This was not an easy story. It was emotionally draining at times and one that will stay with me for a long while. The Masterpiece is like a window into the souls of two individuals. One who desperately knows she needs God and one who lives like there is no God. It’s a human love story wrapped up in the much bigger story of God’s redeeming love for Roman and Grace.

Both broken and forever changed by the loss of parents at a young age and left to grow up in a loveless world, Roman Velasco and Grace Moore may have had similar beginnings, but the paths they take and the choices they make are so spectacularly different they could easily be on different planets.

I appreciate a story with characters who aren’t perfect, who don’t always make the right choices, and who reflect reality. Sadly, the world is broken and we are all imperfect people. The light shines brightest against the backdrop of darkness. The Masterpiece is a beautiful picture of how much God loves us and continues to hold out his hand of mercy and grace even in our disobedience. I recommend this book for teens through adults.

*Tyndale House Publishers provided me with a complimentary copy of this book.

Thanks for stopping! Leave a comment and tell me if you plan to read The Masterpiece or if you already have and what you thought.