We recently took a week vacation across country, through a few states, and back again. This is the shortened version of our action-packed days. 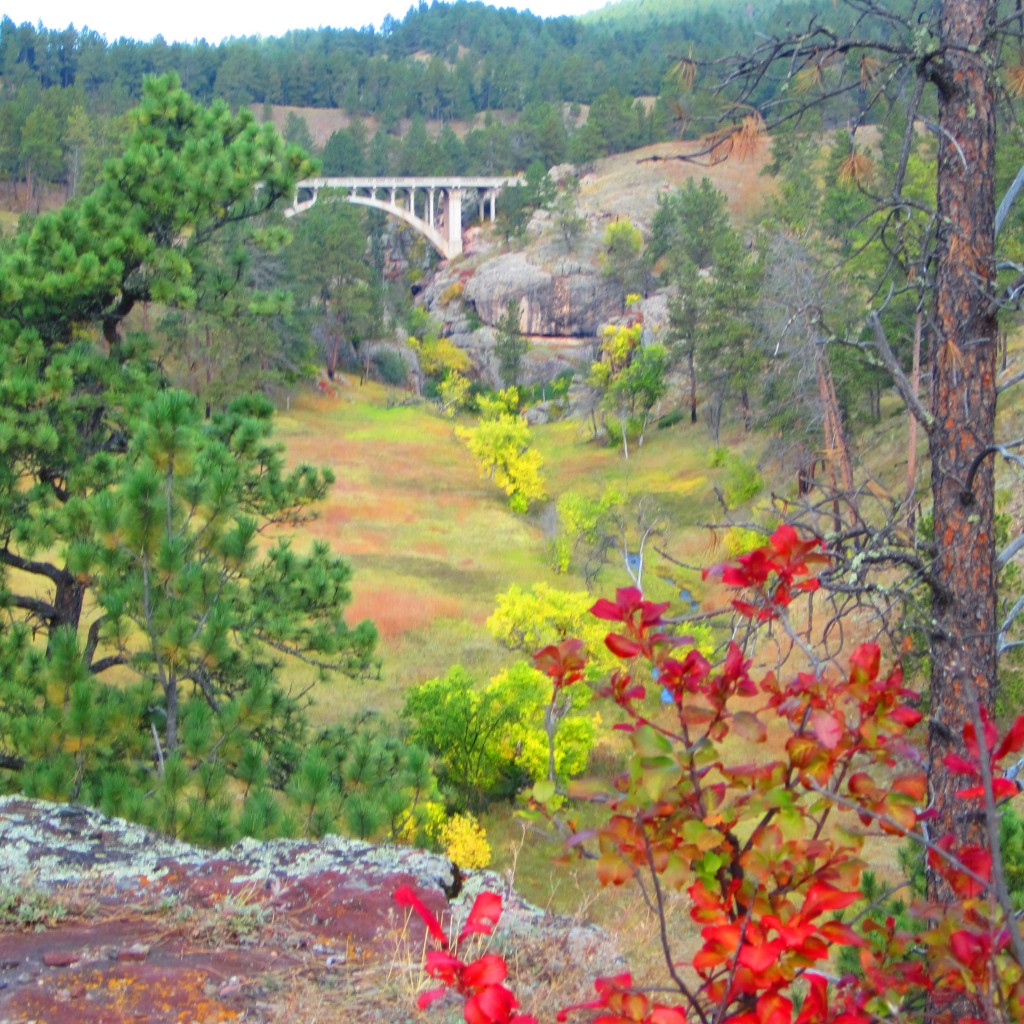 The landscape is flat. If not for Columbus declaring it otherwise, I would believe

when we get to the state border we will fall off the face of the earth. Other than a few farms with cattle yards here and there, and electrical poles lining a two-lane highway, the flat land is dull and brown.

Still flat. Columbus was wrong. The further in we get, the more I fear our demise. One positive thing though: we will never be without energy! There are more wind turbines spinning across this vast expanse of prairie than masked terrorists in Iraq. Well…a close second anyway.

Dodge City is flat as well, but filled with signs of the intrepid spread of civilization: a casino, bars, McDonalds, and a tourist trap with coffee mugs and t-shirts.

Leaving the prairie and heading toward Colorado. The flat plains are slowly giving way to softly rolling hills. Not big enough to brag about but more like the cowboy land I am accustomed to from Hollywood movies and television. 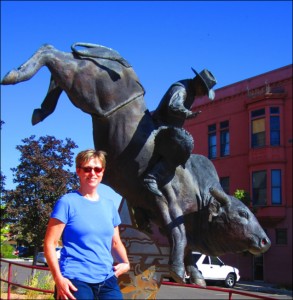 Pueblo, despite the name meaning “communal village built by Amerindian peoples,” it is actually a city of substantial size. They even have the Professional Bull Riders association building downtown. If that isn’t civilized, I don’t know what is!

We have seen Colorado Springs and Manitou Springs and have yet to see an actual spring. Driving up Pikes Peak highway I feel I’ve lost my equilibrium somewhere between Santa’s workshop and the Peak parking lot.

Visiting Garden of the Gods on horseback is definitely the way to go. Just glad I don’t have to get down and bag this mare’s droppings like those poor people on the trail with dogs. 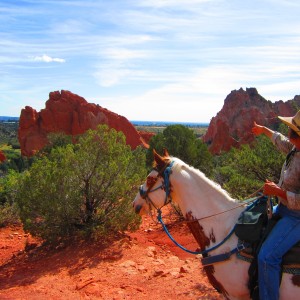 Estes Park is always full of people. We are staying at an ancient motel, but paid the big bucks to have their “presidential suite,” which includes a fireplace and two queen beds! The bathroom is quite something with a heating lamp, the tiniest bathtub I’ve seen since I was bathed in my grandma’s round metal tub as a kid, and a fan that sounds like the engine of a B52 bomber. The only problem is that you have to reach nearly to the ceiling to flip the switch on the wall. I’d really love to use the fireplace but it’s about 85º in here. I’m whipping out the box fan from the closet.

I now understand what John Denver was singing about. I’m getting a little high out here in the Rocky Mountains. I’m dizzy, I have a headache, and I’m having a hard time breathing. 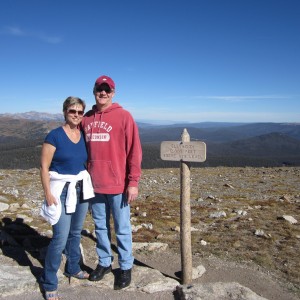 Oh, maybe that’s because we just ran up about a million steps or so to the top of some lookout. I now also have the munchies… is there any trail mix left?

Fort Laramie is barely a speck on the road and yet has so much condensed into so little. A buffalo, windmill, and Emu all in the same tiny yard. A double door outhouse, bar, antique shop, and historic fort within half a block. The one important thing it 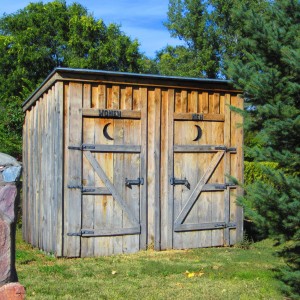 doesn’t have is a map of the back road my husband wants to take. Luckily we have a full tank of gas…

Ps. Finally winding our way out of Wyoming ranch land and gliding on fumes into the only gas station within a hundred miles. Whew!

Okay, this is definitely strange. Another town that doesn’t live up to its name. Hot Springs. It’s actually a little chilly out and no springs in sight. The hotel guy says the only spring is in a swimming pool somewhere. Whatever! 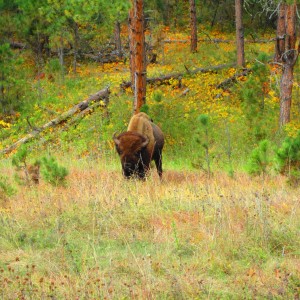 Motorcycles. Leather shops. And the colors of fall.

Home again! The puppies are ecstatic that we returned. The daughter… not so much. But with the weather back to lovely, crisp, and colorful, I might stay a while. Until the snow flies. Then I’m out of here!