Author Joy DeKok is sharing an excerpt from her novel, Between the Lies, with us today. I’ve read this one and I can tell you that it is an absorbing story. It would make a terrific addition to your Christmas gift selections for that book-loving friend or family member you have a hard time buying for… or a little holiday gift for yourself.

Joy has been writing since she was a little girl. Her dream of being an author was front and center in her mind and after years of hard work, she has several books in publication. She has been traditionally published, but is now an indie author.

Joy works part time for her husband and puts in as many hours writing as she can. She prefers writing in the solitude of her office, but can also be found in area coffee shops now and then where the voices and energy of the real world infuse the words on the page.

She’s been married to Jon for 38 years. They live on 35 acres of woods and field between Pine Island and Rochester. Joy loves riding their John Deere Gator with her dogs, Sophie & Tucker, taking pictures and enjoying God. Although unable to have children of their own, they love their nieces, nephews, and the children of their friends. And most of them are having kids of their own and don’t mind sharing them with Joy and Jon at all.

Her latest release is Between the Lies. It’s the first book in a mystery/suspense series. Joy took some risks with the main character. As a former “kept” woman, Olivia Morgan is not easy to like, but she’s the character Joy was given to write about. Writing is like that. 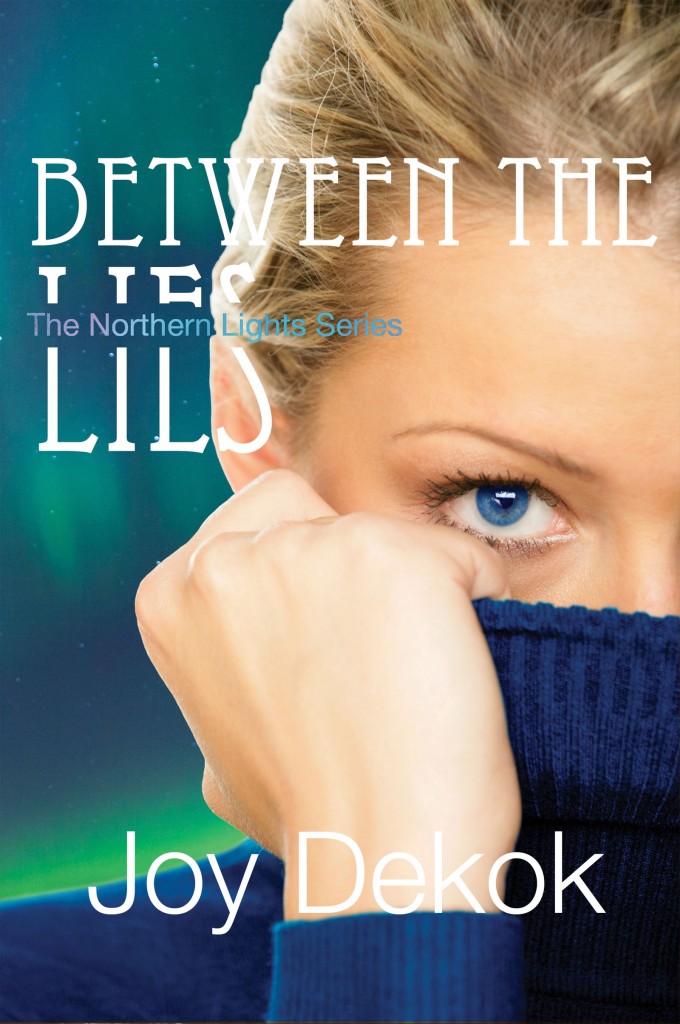 BETWEEN THE LIES (excerpt)

Security called to let me know the private elevator was out-of-order, and I was told to use the public elevator. That had never happened in the ten years I’d lived there, but then neither had the night ahead of me.

A black stretch limo waited at the curb to take me to the ball. And I did it all without a fairy god-mother. Who needed a fat little old lady with a wand and a warning? Not me. No way.

Not until I found the dead guy anyway.

Lloyd, the building security guy, called to tell me my ride was waiting. When the elevator doors whispered open, I stepped in with a practiced little swish. I say practiced, because I had taken three trial runs and added what I thought might be an elegant little entrance move.

The guy in the elevator didn’t notice. He stood in the corner with his chin on his chest and his eyes half-closed and with a Twins cap sitting off-kilter on his head. What a stiff.

When the doors shut, our descent began with a slight shudder, and the man lurched forward and fell face-down near my feet.

“For crying out loud, man, it’s too early to be so drunk,” I muttered.

When the doors opened, I called out to the head of security who was seated at the front desk, “Can you help me with this guy?”

Lloyd, a former marine, rolled the man over, then jumped back. “Olivia, this man is dead.”

I gasped and stared at the guy and noticed his eyes were empty—devoid of life. His face, neck, and scalp were severely scarred. His cap now lay on the floor beside him. I assumed he used it to cover his face which looked tight and melted.

Instead of screaming or fleeing I went to my secret place; the one deep inside me I’d discovered the first time my father came to my room. I hadn’t been there in a long time, but I let the calm flow over me as I shut the door to my feelings. Besides, I had someplace to be, and losing it was not an option.

“Lloyd, I have to get going. You can handle this, right?”

“No. You are a witness and may have evidence on your dress or the bottom of your shoes.”

“Can you please get me out of here?” The body was blocking my exit, had ruined my elegant entrance into the foyer of the building, and was going to make me late for the evening.

Lloyd raised his hand as I tried to explain why I had to get out. He was already on his cell phone, telling someone Mr. Lyons would not appreciate it if the St. Paul police department didn’t send someone over “pronto.” When he hung up he looked at me and said, “Stay put.” He left no room for argument so I stayed with the guy. The very dead guy.

Within minutes, a swarm of police and other officials had the area cordoned off with yellow tape, and hustled around like bees in a hive. At first glance, it seemed chaotic, but their movements were strategically choreographed.

And there was a coroner. I’d always pictured people who work with the dead all looking like old Dr. Frankenstein: gaunt and grisly. This guy was movie-star handsome. “Hello. I need your corner.” His voice sounded so warm it could melt an iceberg. “Would you mind stepping onto these slightly sticky sheets of paper? They will catch any particles from your shoes we might need.” He offered me his hand and helped me step over the dead guy onto large sheets he placed on the elevator floor.

I have no idea what came over me, but I heard myself say, “Thank you, kind sir,” and I curtsied. Maybe it was the dress.

Whatever it was, it must have been contagious because he bowed slightly and said, “My pleasure, lovely lady.”

“Olivia, are you okay?” Lloyd’s bushy eyebrows nearly met in the middle as he narrowed his eyes at me. His voice sliced through the air, ruining a fun moment, and I felt myself stand a little straighter. I squelched the urge to salute and swallowed a giggle.

Instead, I took a deep breath and said, “I suppose I’m a little shocked, but this night is important. I have to go. Please help me . . . it’s for Jillian.”

Lloyd walked over to an officer in regular clothes and pointed at me. They talked for awhile and she made a couple of calls. When she hung up, she walked over to me and said, “I’m detective Harper, Homicide Division. I understand you have an important event to attend tonight. I’ve talked to my boss, and Mr. Alan Lyons, who vouched for you. Both said you can leave if you allow me to inspect the bag you are carrying. I also want to meet with you tomorrow at time decided on by me. Do you agree with these stipulations?”

After she inspected my clutch and tucked a card into the pocket, the detective said, “Your driver is waiting.”

I walked toward the handsome doctor of the dead and heard him say, “The body is still in the elevator. I’d like to get it out of there so your team can look for evidence.” I noticed him look in my direction. As I turned, my dress swished just so. Funny the things that matter at a crime scene and when a handsome man might be watching.

The driver who held my door open looked familiar, but I had no idea from where. He wore reflective sunglasses that wrapped around his eyes almost to his temples.

Something about him made my nerves jangle. Just like the homeless guy did at the cemetery. I wrote it off as anxiety from looking into the eyes of a dead man.

I opened my clutch and took a moment to apply powder to my face and freshen my lipstick. The little beaded purse held those two items, along with a credit card, my key cards, and my cell phone. I looked at the card the detective had tucked inside. On the back was her cell phone number under the words, Talk to you soon. ~~~

Purchase Between the Lies:  Amazon

Thanks for stopping! Did you enjoy this latest excerpt? Leave a comment or question for Joy or myself below.