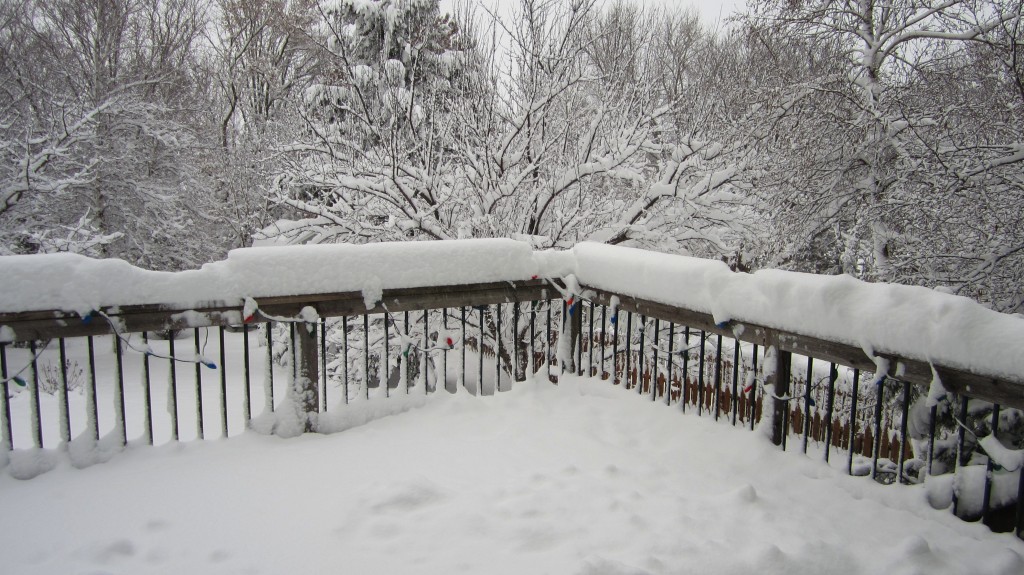 This year has started off with a bang, or rather, a blast of air so cold they made up a special name for the sub zero temperatures. Polar Vortex. (How many weather nerds does it take to coin a term that sounds like a cross between a Christmas cartoon and a Star Trek episode? The world may never know.)

I’m no weather expert, but I came up with a few suggestions of my own. Appaloosa of Death, Freezer Games, Re Ice-Aged, Last of the Americans, Gone with the Freeze, or perhaps as a show of support to a man who has for years flown around the world in his private jet, crying out like Chicken Little, “The ice caps are melting! The ice caps are melting!”… The Al Gore Show.

Anyway, on the absolute coldest day of the year, this past Monday, my husband went in for back surgery. Definitely a double whammy, right? Not only did I have to get up at five in the morning on a Monday and brave death-defying temperatures, but I had to put on a happy face and act all positive and supportive. Just so you know, I’m not a morning person or a Monday person. I guess you can safely say I’m more of a – just leave me alone and let me suck down a quart of coffee before you speak to me – person.

I know it’s quite out of character for me to share a personal story from my life, but I thought you should all know that I’m not just a prolific and awe-inspiring writer, but a real person too. If you cut me, will I not bleed? Probably. If my husband has back surgery, will I not suffer along with him? Definitely.

So, before the sun came up, I was hanging out in the waiting room of the hospital, doing what the sign said… waiting. Finally, my name was called and I was told that my husband was out of 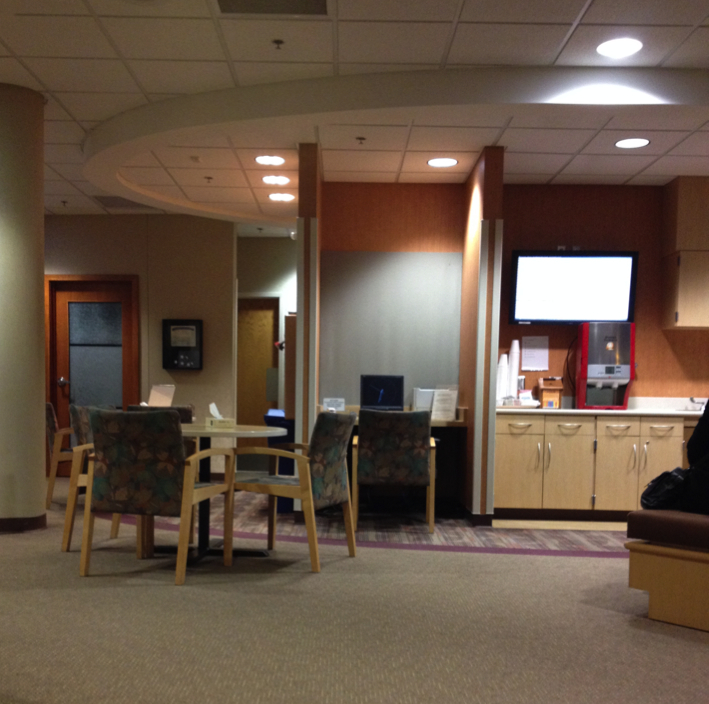 surgery and in recovery and they’d meet me upstairs in his room. I gathered up all the toys I’d brought to keep myself occupied during the seven hour ordeal: computer, eReader, cell phone, and backpack, and gratefully left the waiting room behind.

Upstairs, I found my husband’s room. He wasn’t in it. I waited another forty-five minutes before they arrived with a very pasty, pale version of my man, wearing a paper gown and covered with a blanket so thin it must have been made from anorexic cotton. Two middle-aged nurses went nonchalantly about their business as if pulling a naked, drugged man who just had his spine cut open, from a gurney to the bed with what looked like a plastic sled, was about as important as tossing a sack of potatoes into a grocery cart. All I can say is… it was a merciful thing he was still feeling no pain.

Being the good wife that I am, I brought him comfy clothes the next day when I returned in the morning to pick him up. After all, it was still a dozen or so degrees below zero outside and that paper gown was not at all becoming. Especially from behind.

Once I had him ensconced in our sleep number bed at home, drugged well and good, and had

given him his smart phone back, I felt that my good wife activities had come to an end. But I would be wrong. Apparently at this time, there is no servant app available for Samsung.

So now I am a part-time writer and a part-time caregiver. At least for the next few days. I admit that nursing is not my calling or my gift. I assumed from watching episodes of Grey’s Anatomy and Scrubs, that sarcasm was at least a six credit class in med school, but it doesn’t seem to work so well in real life.

To top my week off, our wonderful church family sent my husband a beautiful green plant with get-well wishes. Thank you very much.

not only am I expected to nurse my man back to health, fetch and carry, and prepare three meals a day like a short order cook, (Webster’s Definition: call for carry out), I now have to see to the care and watering of a plant that will likely struggle for life against all odds, then slowly wither and croak sometime around the first day of spring. I know from watching morning television that an Australian accent always accompanies a green thumb. I have neither. But after my sarcastic nursing technique went down like a lead balloon, I’m thinking I may have been wrong about other things as well. Like maybe you don’t have to talk to your plants with an Australian accent to keep them alive.