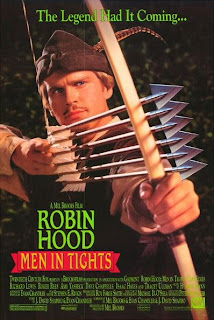 In my vast theatre-going experience, I’ve noticed movies in the last few years are either sophomoric in humor (think fifteen year olds in locker room), sappy and predictable, or overlong save-the-planet from stupid humans sagas (without special effects they’d be considered “commercials”). Oh – and then there’s horror fliks. I read that a Bollywood filmmaker said he’d pay someone ten thousand dollars if they could sit alone in a theatre and watch his new movie without getting scared and running out. First off, if he has to pay someone to watch, that’s never a good sign. Second, people are so calloused by gore these days, he shouldn’t have a hard time finding a victim.
I realize the newbie generation probably hasn’t seen many of the classics. They think classic means anything older than the tuna sandwich they found in the bottom of their school locker, but I don’t agree that Pretty Woman, Dumb & Dumber, or Halloween sequel 17 are “classics.”
There are storylines that never die, characters bigger than the screen they stretch across. Take Robin Hood for example. The simple story of a man taking from the rich and giving to the poor—connects with everyone—except maybe the very rich. Even here in America, where the majority think Socialism is a bad thing, Robin Hood is considered a hero. The story of Robin Hood has been filmed hundreds of times since that first silent film version in 1908. Nearly every year since then, there have been films, television series, cartoons or skits depicting Robin. The 1922 film with Douglas Fairbanks, and a 1938 version with Errol Flynn are classics that remain true to the story, but apparently every director believes they are able to make it better than the last guy. So, Robin Hood has been recycled over and over again.
In 1964 Frank Sinatra starred in the musical version, “Robin and the Seven Hoods,” depicting 1930’s gangsters. In 1973 Walt Disney’s animated version came out. Robin Hood was a fox, and the Sheriff of Nottingham, a wolf. Which was totally appropriate and probably the funniest version ever made. In 1976 Sean Connery did a totally new take on Robin. He played the character at the end of his life, with Audrey Hepburn as his still-faithful Marian. I thought it was very poignant, but then they are two of the greatest actors ever.
When Kevin Costner was still hot—before he sunk his career with Waterworld and The Postman—he made Robin Hood Prince of Thieves in 1991. It was a big production, lots of action, humor, and of course, really, really, bad guys. Like the sheriff who tells Robin—“Locksley, I’ll cut your heart out with a spoon!”—cause it would hurt more. Of course Mel Brooks had to get in on the action in 1993 with Men in Tights and it’s really hard to get the picture of a chorus line of Robin and his merry men out of my mind.
Being that our society is an equal opportunity kind of place, the powers that be decided to turn Robin into a girl in a 2001 television movie, Princess of Thieves, with a young rising star named Keira Knightly. She plays Robin Hood’s willful daughter who dresses like a boy and takes over her father’s business of robbing the rich and giving to the poor, while he’s away.
The newest Robin Hood is set to come out in theatres in May. This one stars Russell Crowe and Cate Blanchett. The trailer reminded me of the blood and gore of The Gladiator. It does have the same director, but I hope he finds time for an actual storyline amidst all the killing. After all, Robin Hood is a chick flick about love conquering all. Right?