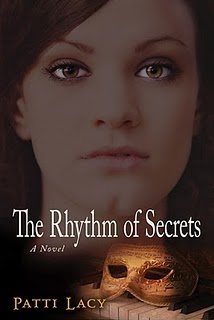 About the book: Since 1955, Sheila Franklin, a talented musician, has perfectly performed the role of devout pastor’s wife, locking away her past as Sheba Alexander and Sylvia Allen. Her carefully constructed façade crumbles with a single phone call from a young Marine named Samuel, the illegitimate son she secretly put up for adoption. Samuel begs Sheila to use her government contacts to get his fiancé, Mali, a Thai prostitute, into America. A dangerous mixture of love and guilt spurs her to help her only child even though it devastates her husband Edward and exposes her questionable past. After a quarrel with Edward, Sheila and Samuel board a C-130 for Thailand and then search Bangkok’s steamy streets for a Madonna-faced prostitute. The two whisk Mali from a brothel but are seized by a warlord who considers Mali his “number one girl.” In a teak “ghost house,” Sheila discovers God’s grace and gains the freedom she needs to find her own identity—Sheila, Sylvia, and Sheba. A framed story, this novel has roots in the bohemian 1940s New Orleans French Quarter and spans three decades, including the turbulent Vietnam era.
Link to Buy the book: Rhythm of Secrets, The: A Novel

About Patti: Baylor graduate, taught community college humanities until God called her to span seas and secrets in her novels, An Irishwoman’s Tale and What the Bayou Saw. She has two grown children and a dog named Laura. She and her husband can be seen jog-walking the streets of Normal, Illinois, an amazing place to live for a woman born in a car. For more information, visit Patti’s website at www.pattilacy.com, her blog at www.pattilacy.com/blog, and her Facebook daily Artbites. Patti’s longer bio here
My Review:
With one phone call, a prim and proper pastor’s wife comes face to face with her secret and painful past. The son she was forced to give up at birth has found her and wants to meet her. Suddenly her life is filled with possibilities. Thus begins the revealing of secrets.
Sheila Franklin’s story begins in 1940’s New Orleans when she was a carefree fourteen-year-old girl named Sheba. It takes a crazy journey to a Catholic home for unwed mothers in St Paul, Minnesota, and from there, loops over to Chicago, during the heyday of D.L. Moody’s Bible Institute.
The author’s use of musical titles for each chapter and threading musical literature through the story was sort of lost on me, but was a large part of Sheba’s life and personality. She was raised on jazz and the life-beat of New Orleans and even though everyone tried to tamp it down or stomp it out of her in later years, she held it close, because it made her feel connected to the parents she’d lost, and her true self hidden away behind a mask of respectability.
It took me a few chapters to really get into this story. The initial meeting with her son is almost painful to read. He has ulterior motives, she has unrealistic dreams of a happy reunion, and the fancy restaurant scene is so cold and formal as to leave you detached from the underlying story. But the author soon brought me in close to feel a young girl’s loneliness—wrenched from everything she knew and loved, a young woman’s losing struggle with a world that despised her for something she couldn’t change, and a middle-aged woman’s desperate need to make up to her son for leaving him, even if it meant losing everything she now has.
The Rhythm of Secrets deals with bigotry, hypocrisy, and hatred, but mostly it’s a story of the search for redemption and the final realization that it can only be found in Christ.

(I received a copy of Rhythm of Secrets in exchange for writing an honest review.)


Enter the Rhythm of Secrets NOOK eReader Giveaway:
Patti and her publisher, Kregel, are giving away a NOOK prize package worth over $150 to one lucky winner!!!!

Enter the Nook eReader Giveaway and you could win:
* A brand new Nook eReader with Wi-Fi
* $25 gift certificate to Barnes & Noble