When we bought our house almost twenty-two years ago, I can say with absolute certainty that the garage was the last thing on my mind. Sure, we needed a garage but it was rather taken for granted. I didn’t worry that it might not live up to its expectations, that the unfinished look would wear on me after so many years or that the cement floor would be too cold for my car’s tires.

I can honestly say that I didn’t worry about the garage at all. There was a garage. That’s what mattered.

I didn’t ponder what it might look like filled with tables of food or if thirty or more people could hole up inside there if it started to rain. It was just a place to park cars and bicycles, store bio-hazard chemicals, old car oil, and the plethora of tools my husband has had an on again/off again love affair with since we’ve been married. The collection grows even though the interest has waned. Sort of like my early attraction to new cooking utensils. Now, one pot, a single skillet, and the microwave are pretty much all I require to churn out our daily nutritional needs. The difference is: I don’t get a whole garage to store them in.

A dozen years into home ownership, my son graduated from high school, and I realized my mistake. I should never have taken the garage for granted. Apparently, high school graduating seniors were expected to invite everyone over for an open house party. Common Minnesota definition: open garage. (Not to be mistaken for garage band or garage sale)

My garage would take so much work to make it habitable that I decided to break with tradition and let those people all in my front door. Crazy, I know. But that’s what happens when you don’t look ahead. 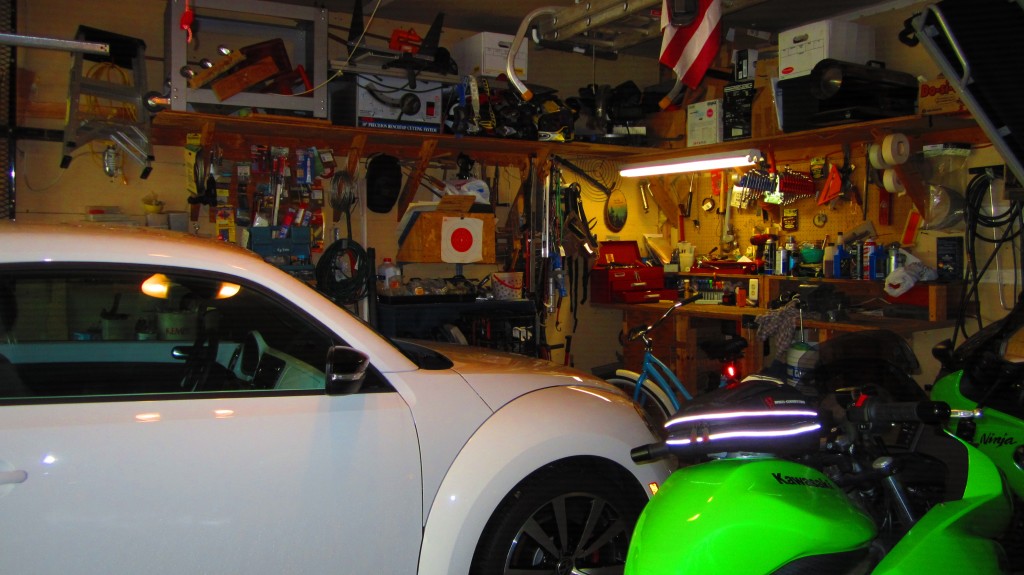 We still don’t have a habitable garage. If bad came to worse and we were forced to eat out there, I wouldn’t even go with the six second rule for eating off the floor. Maybe two seconds… if you have a strong stomach.

I have neighbors who have cleaner garage floors than my kitchen tile, but that’s simply unnatural. Spiders, mice, and greasy dust bunnies need to have somewhere to freely multiply without humans brushing them away like so much debris. I consider my garage a protected habitat for these innocent creatures.

Other than the creepy crawlies and random rodents, my husband is the keeper of the garage. The problem with me not having any hand in the keeping of the garage means that nothing can be found there. Everyone knows the mom/wife is the only one with magical “finding” powers. Not everyone knows that those powers usually work best when she has a hand in putting things away. Oh, there’s plenty of things to be found out there, it’s just that the one thing you’re looking for always evades capture. Maybe the free-range dust bunnies are hording screws, wire, and masking tape in their lair somewhere. I don’t know. But it would take an intervention and an episode of hoarders to clear that place out.

The garage has gone unsung for quite some time, but no more. Thank God for the garage, or we’d be living with chainsaw oil, wire cutters, motorcycle parts, bicycle pumps, pieces of 2X4’s, sheet metal, and power tools in our kitchen cupboards… and then where would I store my pot and skillet?