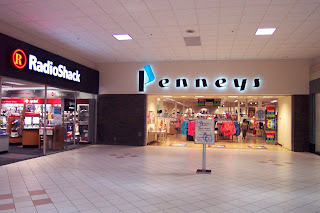 Once the ice and snowstorms passed, I went to Nebraska to visit my folks last week. But as you may have noticed, was unable to update my blog while there. Strangely enough, the neighbors around my parent’s home either have a very slow Internet connection (watch the page load until you fall asleep), or they have a secure wireless connection, (very untrusting for mid-westerners, don’t you think?). What—do they think someone is going to steal their identity or something?

My parents do not have Internet themselves because they feel it is an unnecessary expense. We bought them a computer a few years back but mom just went in once a week and deleted all the “forward” emails she received. (Junk mail that comes in the form of angel stories and flag waving political jargon from well-meaning types who request you send them on to ten other unsuspecting souls within an hour or your life will turn into an episode of “Murphy’s Law.”) She never quite mastered the use of the mouse and had better things to do than sit and wait for something to load on the screen. She could have an entire quilt blocked before the page came up. So now the computer sits disconnected in the basement and gathers dust.

Small town Nebraska hasn’t changed much since I was a teen. Except now the “old” people go to Walmart to do their power walking. The tiny mall has become almost obsolete. If it weren’t for JC Penney holding up one end, it probably would have closed years ago.

Driving through the small town is much more dangerous than taking 494 during rush hour traffic in Minneapolis. The average age driver seems to be 102. They turn corners in increments, little pauses every few feet, as though the car may spin out of control going 3mph. When traffic lights turn green, nothing happens. Finally, individuals wake from naps and try to remember where they’re going. If you honk at them they just get flustered and run into the car in front of them. Wait and see is a much safer strategy. Maybe you’ll get to the store before it closes and maybe not. Does it really matter? There’s always tomorrow—and if there’s not, then you didn’t need anything anyway.

Life is just slower and more laid back in Nebraska. Except when it comes to Big Red fans. Football can turn quiet corn farmers into frenzied, wide-eyed, loud-mouthed crazies. On game days the entire population wears blood red. They look like some cult that worships tomatoes. Nebraska—this is your brain on college football. Cracked.

Once out of Nebraska, traffic picked up and moved right along. I was home in time for dinner. And finally I could check my email. I immediately deleted all the “forwards” with a sigh of relief.