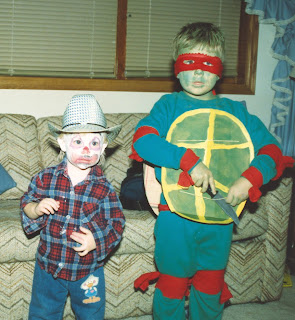 Appropriately enough, Halloween falls on the same night that Daylight Savings Time ends. A dark and creepy holiday to be sure, but without that extra light tonight, it will definitely be scary. Some say the origins of All Hallows’ Even began with the festival of Samhain, also regarded as the Celtic New Year. Samhain celebrated the end of the “lighter half” of the year and the beginning of the “darker half.”

Why do we observe either of these things? Halloween is a pagan holiday that surely we could live without. Daylight Savings is a program that saves nothing but gives everyone in America jetlag without ever having to board a plane. So basically we are allowing our children to eat themselves into a sugar-high right before they jetlag into a hangover from “hell.”

For the past few years we’ve debated for and against wishing people a Merry Christmas. Instead, stores and businesses have instructed their employees to say, Happy Holidays, so as not to offend those of other faiths. This year schools were actually debating whether to give Halloween the more politically correct name of Fall Festival. I guess so they wouldn’t offend the non-pagans. But offending non-pagans apparently doesn’t cut it, cause 72% of parents with kids in school thought it was silly to change the name. They reasoned that Halloween has been around for a very long time—so why change it now?

Makes me wonder what happened to “reason” when changing Christmas to Happy Holidays was on the agenda.