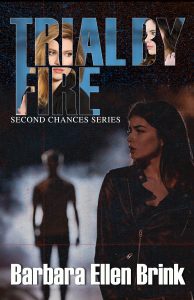 Ivy and Brenna have gone through some rough times in the past, but now they both have so much more to lose. With Lionel and Ace seeking to exact revenge on the two of them and anybody they love, they must find a way to keep their families protected while staying one step ahead of their pursuers.

~If you haven’t yet read the first two Second Chances books, RUNNING HOME and ALIAS RAVEN BLACK, you better pick up your copies of those first.

The Second Chances series is inspirational romantic suspense with kick!

Check out the blurbs below: 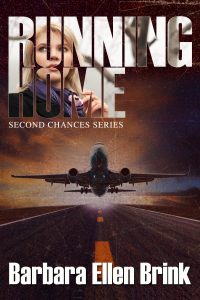 Ivy’s husband has always been a cheat and a liar, but when he gets caught up in a game of espionage he flees the country with his latest bimbo, and Ivy has finally had enough. She packs up the kids and moves back to her hometown to escape the fallout. Trouble is – her problems don’t stay behind in California, but follow her all the way to Omaha, Nebraska.

The FBI is tracking her every move, hoping she’ll lead them to her fugitive husband, while evil men threaten her family’s safety if she doesn’t give them what they want.

Agent Samson Sinclair is assigned to keep an eye on Ivy. He is her only ally against threats and suspicions that come from every side. But can he keep their relationship professional when he finds himself falling for the woman he’s supposed to be protecting?

Ivy’s attempt to assemble the broken pieces of her life may prove harder than she anticipated. Especially on her own. When the past intrudes on the present Ivy is forced to deal with why she ran from God in the first place and whether faith, once lost, can ever really be found again. 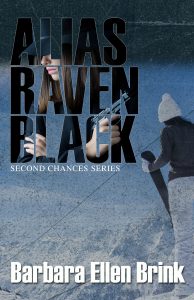 Brenna has lived most of her life just left of the right side of the law. While on vacation at a secluded ski resort, her past finally catches up with her. Her father, who she hasn’t seen since she ran away at sixteen, suddenly wants to reconcile.
Before she can make sense of that overture, the FBI whisk her off to Minneapolis. In exchange for a clean slate, she is recruited to work as a mole in the home of known mobster and suspected drug lord, Anthony Giordano. Under the alias, Raven Black, she becomes nanny to Giordano’s children.
Brenna’s hands are full just learning to mother two spoiled kids, while her main objective, finding information that would put their father away for life, remains elusively out of reach.
Will the secrets she discovers bring absolution from the past she’s tried so hard to leave behind or simply tear her heart in two?

Thanks for stopping! I hope you enjoy TRIAL BY FIRE. Leave a comment and let me know what you think. Have you read the other two? What character in this series is your favorite? Are you excited to find out what has happened to Ivy and Brenna since they last met?