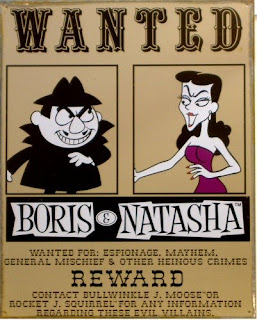 The Cold war has thawed just in time for summer news. Theatres aren’t the only ones hoping for blockbuster entertainment to keep folks in the seats and out of the great outdoors. Morning news, evening news and news at ten have been showing an increased lack of viewership since people realized they could get the news off the internet with their cell phone while laying on the beach or watching baseball at the park. I’m not saying Diane Sawyer and Katie Couric are personally involved in this sudden upswing in subterfuge but they might know somebody who knows somebody who knows Putin.

So now our country is dealing with spies in the suburbs. Yes. Russian spies placed here to raise their children, start businesses, and work at jobs like regular Americans. I’m not sure why. I doubt they found out anything worthwhile about our country other than we have a lot of pizza joints and most news revolves around the antics of Lindsay Lohan. Of course, after all the hope and change that’s been going on for the past two years, they were probably happy to get caught and sent back. If they’re going to live in a socialist country it might as well be the one they grew up in. Hopefully, the spies we placed in Russia found out more than the ones that were sent here from Russia, cause otherwise I’m thinking the spy job niche might become obsolete.

But with this news story running for the past few days, I bet Brown College is pumped and working overtime to get out an ad for a new degree. “A vibrant and exciting career in spy technique and lore. You too can help your country, (or someone else’s if you take this course twice and become a double spy), expand your horizons, infiltrate scary neighborhoods, become one with the ‘burbs you settle in, cut your own grass while watching your neighbors grill in the backyard, and have secret meetings with other operatives behind the grocery store or in the changing room at Sears. A hands-on course that lets you learn how to use the latest spy gadgets by eavesdropping on your family and friends, bugging your bosses telephone, and tailing your grandmother when she goes to doctor appointments.” The Bachelor of Spy degree will fit well with their other degree choices of: Bartending, Rock Band manager, and Video Game Connoisseur.

Settling in America to start a family, with the intention of spying for a foreign power, not only guarantees media celebrity when you’re finally caught, but is also a good way to make sure your children automatically become American citizens. Just like illegals that cross the border to give birth guarantees their babies a free certificate of authenticity. Seems like the word is out. If you break America’s laws you are awarded consolation prizes. I hear that if you break those kinds of laws in other countries you are thrown into prison—or shot. Obviously, our justice system has a few loopholes that need plugging. But first they have to take care of these pesky spies.