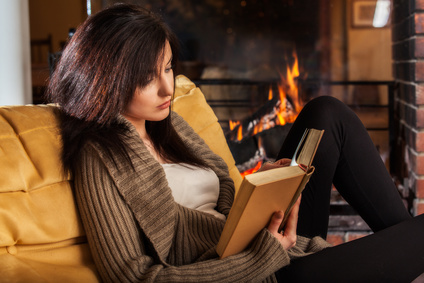 FALL BOOK BASH!!! For the next two months I have a selection of author friends who will be sharing excerpts from their books with us. Christmas is looming closer and closer and now is a great time to discover new authors and books to add to your “To Be Read” list during the holidays or great gift ideas for family and friends. So, get ready for some fun!

Felicia N. Mires is with us today, sharing her romantic murder mystery, UNSEEN. Felicia has over twenty published books in the Christian fiction market. She writes romance, mystery, and even has a Mossad spy series that looks really good:) Read the free excerpt and then check out her other books by clicking the links below.

murder. He’s also been assigned to teach the ropes of detecting to a romance novelist, Miss Destiny Knox. This tag-along comes with a zany giggle and stilettos that would put a hooker to shame. She’s much too attractive to wander the confines of a police station, inhabited as it is by men with less than stellar appetites. How does Caleb solve a murder when he spends more time explaining his delectable sidekick than he does detecting?

I know where you are. I bet you thought I forgot about you and what you did to me. You’ll be sorry. It’s only a matter of time. I’m coming for you all. Watch your back. Of course, it won’t do any good. I was always smarter than you. This is really going to be fun.

Caleb Forest swallowed hard and bit back a sharp retort. No, he did not want a tagalong while he investigated a murder. No, he did not want some dorky author writing down everything he said about police procedure. And no, he especially didn’t want some female, some yakkety-yak riding in his car. Was he going to tell his captain that? No. He kept his expression blank as the captain talked on.

“Ya got that, Forest? Me and the little lady’s grandpa go way back. Don’tcha let nothin’ happen to her.”

Caleb nodded. “Yes, sir. You can count on me. How long do you think the uh…little lady will want to accompany me…an hour…two?”

“Don’t be a smart mouth. Her name’s Destiny Knox, and she’ll be riding with you ’til ya solve the new murder.”

“Cap’n, please. I just got that case…what? Two hours ago? It could be weeks…even months before we make an arrest!”

“Whithersoever, Forest, whithersoever.” Captain Jonas smiled without mirth and leaned his chair back so far Caleb thought he might flip it. “Now get outta here. The coroner’s waitin’ for you ta take a gander at that stiff so he can bag it. And Forest…Destiny’s sitting in the corridor. Ferry her along with you.”

Caleb turned and quietly closed the door behind him. What had he done to deserve this? On Homicide for just over a month, and he was sure to knock heads with the Captain. And, for what? Some old bag with a macabre desire to see a murder scene.

His feet dragged across the fading linoleum as he approached the chairs lining the wall of the precinct. Three women waited, along with two disreputable-looking young men with more tats showing than skin. Of the three females, Caleb discounted the youngest. Though her luxurious brown hair might have been attractive if not teased and streaked with pink glitter, the tight black mini and stilettos bespoke a career in prostitution. She completely ignored him as she filed her long nails. Was she really so jaded at her age? Thank God, he didn’t work Vice.

Caleb tamped remorse and shifted to the other women. Which of the two would hound his heels over the coming days?

“Detective Forest?” The prostitute vaulted out of her chair and held out a hand. “Destiny Knox. I’m so pleased to meet you.”

She pumped his hand as she chattered on. “I can’t thank you enough for allowing me to ride along on your rounds. The desk sergeant said you just got a new murder. How thrilling! Let me get my notebook. I don’t want to overlook one detail.”

She abruptly twisted away and sashayed back to retrieve a notebook and jacket off the chair she’d vacated. How in the world did she walk in heels that high? She had lovely legs and a very nicely rounded…

Caleb closed his eyes, took a deep breath, and raised his gaze to the teased mass of curls on her head. This was going to be a greater trial that he’d thought. He held out a hand and pointed at the side door. “Over here, Miss Knox.”

The portly desk sergeant smirked as Caleb walked past. He ignored the affront. He’d be doing that a lot if this case dragged, particularly if Miss Knox’ choice of attire remained so visually stimulating. Their elbows bumped, and he looked down then just as quickly glanced away. It wasn’t that her clothes revealed anything. The dress wasn’t particularly low-cut. Miss Knox just happened to be well-endowed, extremely well-endowed. Caleb thought of a few choice words he’d like to say to his new captain. Words he’d never utter.

“…so I thought a first-hand view would give me a better chance of writing something believable.” Bright, trusting eyes gazed up at him.

Caleb pasted on a polite smile and reached for the door handle of his dark blue sedan. He had no clue what Miss Knox had just communicated. If he didn’t want the captain to have a few choice words for him, he’d better start listening.

“Oh, thank you, Detective, but you don’t have to open the door for me. I know you’ve much more important things to worry about.”

Seriously? “Please get in the car, Miss Knox, or I won’t be able to see to those important things.”

She giggled like a schoolgirl and climbed in. “Of course.”

Caleb walked around the back of the car. Thus far, he didn’t see how Destiny Knox had the brains to write a believable mystery. Maybe she was penning a true crime novel. Either way, he didn’t particularly care. He slid into his seat and started the engine, already focused on what he’d find at the scene. A young woman, dead.

Miss Knox pulled on her seatbelt then twisted to face him. “So, Detective. You have a plain car.”

“It’s got all the bells and whistles if I need them. Let me know if you get cold, I’ll turn on the heat.”

“I’m fine. I like that gun in your shoulder strap. Can I hold it?”

“No.” From the dancing humor of her eyes, she was laughing at him. He really didn’t want to indulge her.

“Ok. How long have you worked homicide?”

“More than you, apparently.”

Miss Knox giggled again and pulled out her notebook. “Touché. What did you do before?”

“Before I became a cop or before I made detective?”

“You did something else before you became a cop?”

“Ok…let’s go with what you did before you became a detective.”

“I guess you’ve seen your share of gang war, drugs, and hookers.”

He grinned over at her. “Yeah. You look just like one. Was that your intent?”

“I didn’t want to stand out at a crime scene.”

“Didn’t want to stand…Where did you think we were going? A brothel?”

“Sorry. Guess I didn’t think that through.”

“We’re visiting a residential area…the victim’s home, and you look like…” He glanced at her bowed head and relented. “Tomorrow, please wear something with a little less…color.”

Her head jerked up. “But this is black.”

With one look, he quailed whatever else she’d been about to say. She nodded. “Yes, sir. Something with less…color. Jeans and a t-shirt?”

She turned away from him to gaze out the window. She seemed a small, forlorn figure compared to the bubbly young woman who’d gotten into his car. Already her exotic perfume had filled the air. Eventually, he’d have to open a window. When another five minutes passed in utter silence, he sighed. “Ask your questions.”

She fastened on him, eyes hopeful again, then clicked her pen. “What is the system for investigating a murder?”

“System? That’s a misnomer if ever I heard one. There’s no system in place, and we have more than 3,000 jurisdictions in our country.”

“Sheesh! Three thousand? If everybody does it differently, how do criminals ever get caught?”

“There are basic protocols and procedures, but it will make more sense once you see it in action. Essentially, when we get there, the scene will be locked down. No one goes in or out without going on the list and no one touches anything until the entire area is photographed. That should already be in progress.” He slowed as he approached a long line of parked vehicles with flashing lights. “And here we are.” He glanced at her one last time. “Try to stay…Just write your questions and ask me later…please.”

Caleb rolled down his window and a rush of cool, fresh air wafted in the car. He flashed his badge at the uniformed officer blocking their advance. “Detective Forest.”

The unie nodded and pointed. “They’re waiting for you, Detective.”

Caleb parked the car and turned to Miss Knox. “Put this on and don’t take it off.”

She reached for the lanyard he held out, slid it over her head, then lifted the plastic I.D. to study it. “Visitor. Trent City Police Department.”

With a nod, Caleb grabbed his voice recorder and camera then climbed out, not waiting to see if Miss Knox followed. When he reached the yellow taped-off line, he held up his badge again. “Detective Caleb Forest and Destiny Knox. Miss Knox, please show your driver’s license to the officer.”

The young man copied their information and allowed them to pass. Caleb clipped his badge at his waist and lifted the yellow tape for Miss Knox. Briefly, he studied the faces in the crowd, the usual nosy old lady, an elderly couple, some housewives…just who you’d expect to see home at ten in the morning. Any one of whom could be a suspect or a curious onlooker. He snapped pictures of each. From the corner of his eye, he noted Miss Knox open her mouth, but she raised her notebook instead and wrote something. He hid a smile.

Zack Pemberly strode toward him and gestured at Miss Knox, his blond brows raised in question. Caleb rolled his eyes. He was never going to live this down.

Website: Felicia Mires | Author of Christian Romance For Any Genre

Thanks for stopping! If you have a question for Felicia or just want to say hi, please leave a comment below!