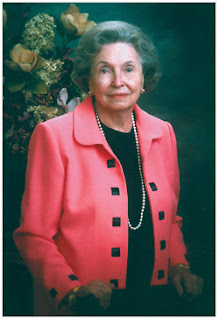 Belva Plain died last Tuesday. She was 95 years old. I read many of her books when I was in my early twenties. They were epic novels of hope, forgiveness, longing for a better life, love and family; novels some people these days might find daunting because of the sheer number of pages. But back then we didn’t have cable, cell phones, or internet so I had plenty of time to read. 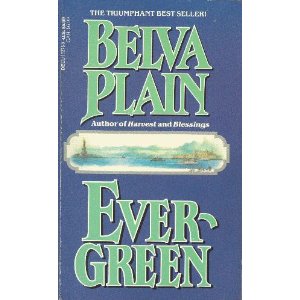 As a writer starting a little late in the game—my husband nearly trained, the kids grown, rearing our second set of dogs—I find hope in Belva Plain’s personal story. She married, helped her husband through medical school, raised their three kids, and didn’t start writing until she was a grandmother. At 59 years old her first novel, Evergreen, was published and became a national best seller. It stayed on the best-seller list for over 40 weeks and was even made into a mini-series for television. Twenty more of her novels have made the New York Times best seller list through the years.
She wrote her stories out by hand, on yellow tablets, rarely using a typewriter and never owning a computer. And yet over twenty-eight million copies of her books have been sold. Not only that, but shortly before her death she finished a sequel to Evergreen, which will be published sometime next year.
I have a hard time remembering what I walked downstairs for, and at 95 she could keep track of characters, plot, and timeline?? Impressive.

Have you read one of Belva Plain’s family sagas? Which was your favorite?