The first book in my new young adult series was released just a few days ago and I wanted to make a huge announcement so everyone would know…but Oprah informed me that she doesn’t read vampire stories, and besides, nobody watches her new channel cause it sucks. (most of that is true)

So here is my huge announcement without the endorsement of any important people other than myself: 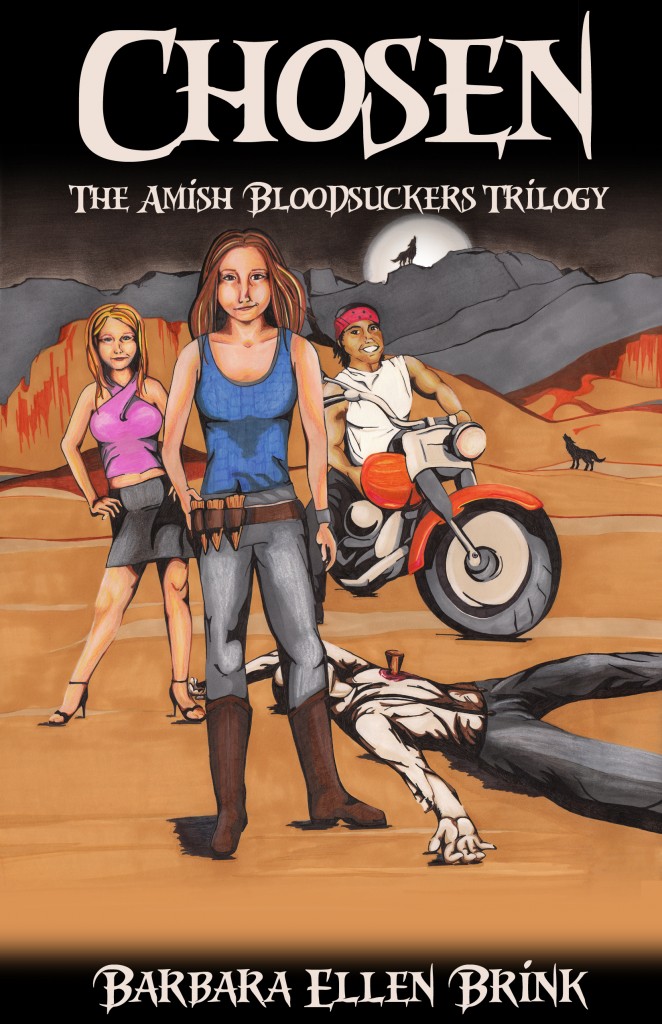 A little taste to whet your appetite:

With tongue firmly in cheek and genuine Amish-made stakes at hand, The Amish Bloodsucker Trilogy sets off like a bat in a belfry. Jael the vampire slayer is ready to kick some serious bloodsucker butt. Seriously.

Move over Buffy – there’s a new slayer in town! Raised in the desert of Nevada, and destined for the Minnesota Loon Lake Amish Community, Jael Shetler is the Chosen One.

Trained by her uncle and father in twenty-one different forms of hand-to-hand combat – she also throws a knife with the speed of a bullet, and is accurate to within two centimeters of a cold, dead heart with her crossbow – she is a bloodsucker’s worst nightmare.

Her parents, forced to leave their plain and simple upbringing to escape the clutches of the new Bishop – an ancient and powerful vampire with plans to use the Amish Community as his own personal Jamba Juice – raise and train their daughter to continue the fight begun thousands of years earlier by another Jael, and to fulfill the prophecy in the Book of the Shunned.

Soon Jael is turning sweet sixteen and then … all hell will break loose.

Jael now has her own website! Amish Vampire Slayer

There is cover art to peruse, as well as up to date information on Jael. Leave a question on the comment page and Jael will answer it on her blog. Keep checking back for new updates and announcements of upcoming releases!

CHOSEN is available on kindle right now but in the coming days it will be made available in paperback and other formats.