Being fifty makes me question things a lot more. I guess it’s true what they say about that second childhood thing. Although I really wasn’t one of those vocally inquisitive kids when I was young. You know the ones who ask questions non-stop, barely taking time to breathe?

I usually had my nose in a book. That’s where I found all my information. Would you know how to scale the side of a full-sized couch if you were only two inches tall? I do. I read The Borrowers. Need to know how to build a spaceship out of bits and parts you find around the neighborhood? Easy pleasy. I read the manual. The Wonderful Flight to the Mushroom Planet.

But, there is one question that I can’t find the answer to in a book. Why do black-and-white  photographs make everyone look so historical (old)? I know for a fact that people had much harder lives seventy-five to a hundred years ago, and they didn’t have television sitcoms with laugh tracks, but were they all suffering from constipation as well?

Have you ever looked at photographs of your grandparents or great-grandparents and wondered, Why the heck do they look so old and unhappy when they’re only thirty or forty? That shouldn’t happen until at least fifty. 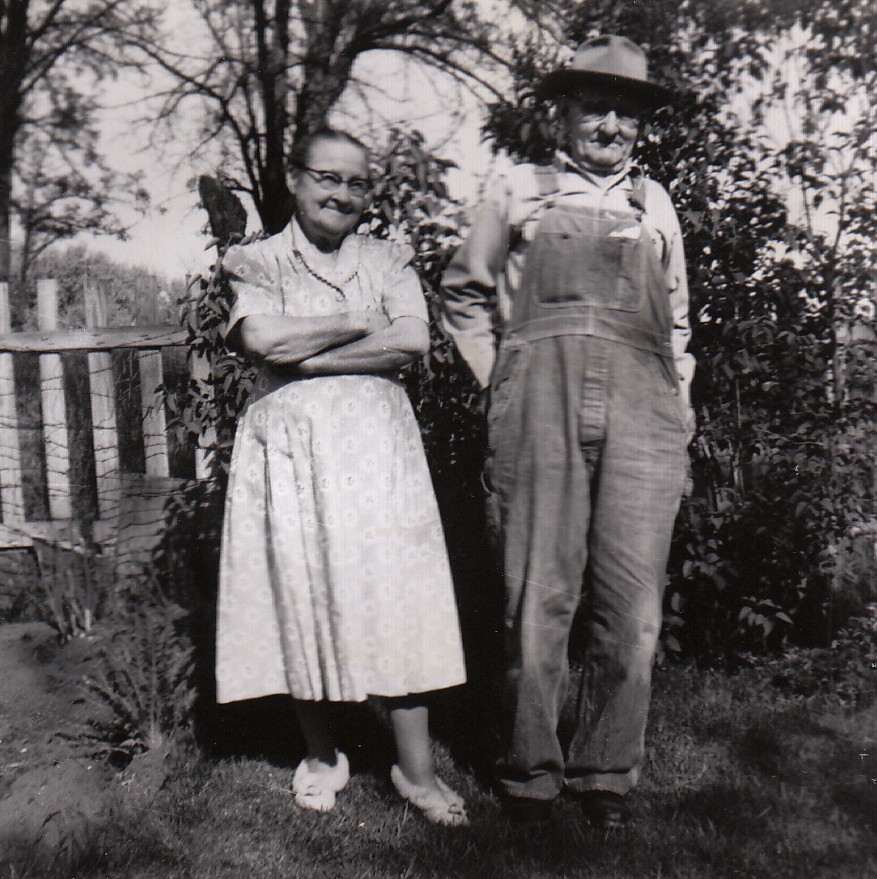 Obviously, the photographers back then were not the crème of the crop. The average person with a camera was probably afraid to use it for fear of breaking it. So they only brought it out of its protective mothballs for those occasions they deemed important… like the death of a relative or the day the bank took back their house.

My paternal grandparents always looked ancient to me. They had ten kids, lived in a tiny, little shack on a piece of rough scrabble acreage in Stanfield, Oregon and never took a decent picture. 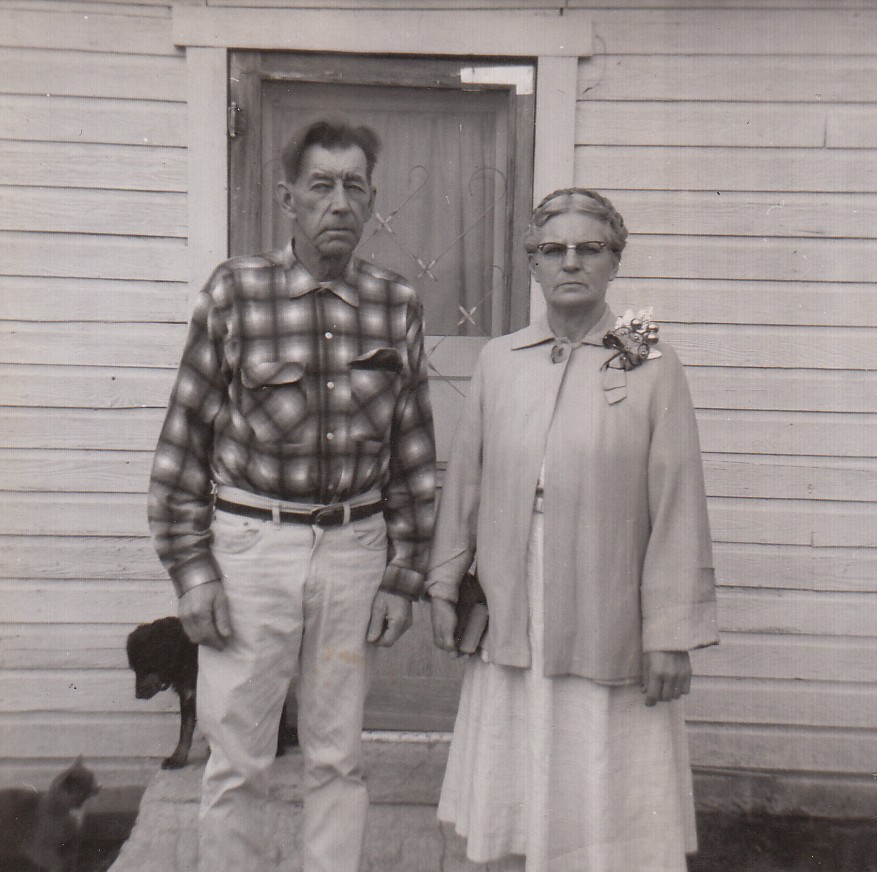 Grandma was a hard-working woman. She planted and worked in a huge garden year round, milked the cow, fed the pigs, raised chickens for eggs and meat, cooked and baked on an old wood stove, washed and hung laundry out on the line, sewed, quilted, picked and canned fruit from their trees, and took care of everybody else, including neighbors or homeless people who came by for handouts. All this while my grandpa sat over by the wood stove and smoked his hand-rolled cigs.

My grandparents weren’t Ma and Pa Kettle but they were definitely a close facsimile.

Grandma loved her grandchildren. She just showed it in different ways than grandmothers do these days. When my brother and our cousin went out and caught a whole bucket of frogs one day, she willingly took them, cut off their little legs and cooked them up for the boys for dinner. She made us all nice coonskin caps for Christmas so we could look like Daniel Boone. Don’t know if she stopped along the road like the Beverly Hillbilly Clampetts and checked road kill for still fluffy, usable tails or Grandpa actually got up from his stove-side perch and went out hunting.

She also gave me some of my favorite childhood books. She didn’t have many, and I doubt she ever read much except her Bible, but if she saw me reading something from her small shelf of old covers, she would tell me to “go ahead and take it home.” She gave me, Just David by Eleanor H. Porter. It was definitely a treasure. Inside the cover, the person who gave it to her had penciled in, don’t lend this book. She probably knew my grandmother gave everything away. By today’s standards, she would have been considered living in poverty but if someone came by and said they were out of work, she could always scrounge up a bagful of food and a jug of milk.

Living such a hard life, having so many kids, and being so busy just surviving, it’s no wonder many of our ancestors didn’t have time to smile.

Still, I often wonder if they’d look as historical if they’d taken more pictures with color…